Construction Liens:  How Do You Prove The Date Of “Final Furnishing?” 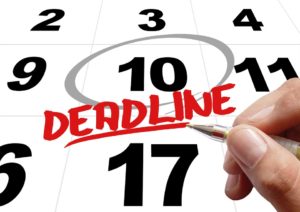 Most construction folks in Florida know that to lien a job, the lienor must file its lien within 90 days of ….something.  An unpaid lienor usually starts focusing on this question sometime after its pay application hasn’t been paid for a month or so – not later, we hope.

In fact, the lien must be recorded in the public records – filed with the clerk in the county where the property worked on is located – “not later than 90 days after the final furnishing of labor or services or materials by the lienor.”

713.08  (5) The claim of lien may be recorded at any time during the progress of the work or thereafter but not later than 90 days after the final furnishing of the labor or services or materials by the lienor.

A lien filed after the 90th day is invalid, and may expose the lienor to liability to the owner for attorneys’ fees and damages.  See e.g. Sam Rodgers Props. v. Chmura, 61 So. 3d 432, 436 (Fla. 2d DCA 2011) describing (but reversing) trial court’s holding that lien filed 168 days after last performance of work was “fraudulent and unenforceable”.   Filing on time is a big deal, not just because a late filing blows the lienor’s lien rights.  Filing late and hoping for the best is not cost free.

In a recent matter we handle, the general contractor and a lienor subcontractor disagreed what date the subcontractor last performed work.  The general contractor responded to the lien by arguing its job logs showed the last record of the lienor being on the job was several days before the date of final furnishing asserted in the lien, and would have put the lien out past the 90th day.  So the question becomes:  in your day to day construction operations, would you have evidence to prove what the date of “final furnishing” was?

In our matter, the lienor had skillfully created and kept text messages with photos of work with the date and time embedded in the text message.  However, offering a text message or an email opens up the entire content of all emails or an electronic device to scrutiny, which creates some risk.

In Best Drywall Servs. v. Blaszczyk, 2016 Fla. App. LEXIS 15865, the lienor had to testify at trial to prove its lien.  The lienor’s president had to testify to the date of final furnishing (because while the lien is a recorded document, the lien itself is not proof for purposes of trial of the events described in the lien).  A living human being has to offer competent testimony to prove each element of the lien.  Unfortunately for the lienor, human beings get nervous and forgetful under pressure, and testifying at trial is pressure.  The company’s president struggled on the witness stand, and testified to five different dates of final furnishing – including two which would have made the lien late.  The court found that, despite the contradictory testimony, the jury could decide which of the five dates it believed, and whether the lien was timely.

It’s better to offer written or photographic business record into evidence, than have to coach a witness who’s nervous and bad with dates.  Other sources of proof might be delivery tickets, employee time records, dispatch tickets or reports sending an employee to the job, toll records (for an exit near the jobsite), or even a credit card bill entry for a nearby lunch spot.  Of course, these kinds of records can go both ways.  The question is, what direct, or circumstantial, evidence will make a jury of six people believe the lienor did, or didn’t, have someone working on the job that day, in the face of a GC’s job log that shows otherwise?  And how can the lienor – who on the date of last furnishing probably doesn’t know there’s going to be a payment problem – maintain the focus to create and preserve the evidence of the work?

An unreliable fix for a late lienor that some have tried is to come back and do some punch list or warranty work, to try to start the 90 day clock running anew.  However, the lien law says this won’t work:

713.01(12) “Final furnishing” means the last date that the lienor furnishes labor, services, or materials. Such date may not be measured by other standards, such as the issuance of a certificate of occupancy or the issuance of a certificate of final completion, and does not include correction of deficiencies in the lienor’s previously performed work or materials supplied. With respect to rental equipment, the term means the date that the rental equipment was last on the job site and available for use.”

Note that the date of final furnishing is not “measured” by the date of the c.o. or “other standards,” but by actual performance of work, which is not corrective of “previously performed” work.

Florida courts have consistently held that corrective work or warranty work does not create a new, later date to restart the 90 day clock.  “After the installation of fixtures or equipment in a building, later services in the nature of correction or repair are not regarded as a part of the installation so as to make the time within which to file under a mechanic’s lien based on the original installation run from the time of performance of such later services.”  391 So. 2d 302, 303 (Fla. 5th DCA 1980).

But what if the “correction” is doing work that wasn’t done and was therefore also necessary to “complete” the contract – like leaving a doorknob off.  In Viking, after the HVAC work was in place and operating, and after owner occupancy, it was necessary to add weep holes to drain the HVAC system, and move a thermostat.  Presumably weep holes to drain HVAC condensate is work that was required, but not done, and was therefore necessary to “complete” the job, and not merely “correct” the work.  The philosopher Zeno could have confused undergraduates for generations asking whether a missing door knob, or weep holes, is work that is not “complete,” or “corrective”.”  In logic, and in the real world, these categories overlap.  The court in Viking pushed this logic aside, noting the weep hole addition work was trivial and distant in time.  The point here is, despite the logical argument that work not “complete” may also be “collectively” repaired, the courts are not buying this logic:

In this case, at the request of the owners, the contractor also returned to the job site in 1978 to install weep holes and had a subcontractor move a thermostat. These items were also to correct or ratify conditions or to eliminate problems resulting from work under the original contract. In addition, as compared to the whole contract work, they were too remote in time and too unsubstantial and too trivial in quantity to extend the time for filing.

Viking, 391 So.2d at 303.  The Viking court called down precedents where a vendor of 64,700 tons of steel made a later 17 pound delivery to try to restart the 90 days (People’s Bank of Jacksonville v. Virginia Bridge & Iron Co., 94 Fla. 474, 113 So. 680 (1927)), and where an electrician added a single conduit 5 months after “completion” (Finney v. Barber Block Plant, Inc., 183 So.2d 698 (Fla.  2d DCA 1966)).  The court bolted a “triviality” standard on the test for final furnishing, to thwart the lienor’s “completion, not merely correction” argument.   The lienor in Viking made a compelling argument that the owner might not find the lack of an essential, omitted electrical conduit so trivial, when the owner bargained for it.  The court rejected this position because the weep holes were “of comparable insignificance when compared to the total contract work as to not extend the time for filing the contractor’s claim, notwithstanding that the owner insisted that he was entitled to such work under the construction contract.”  Id. at 304.

The triviality standard doesn’t appear in Sec. 713.01(11)’s definition of final furnishing, but the courts have followed it.  The point is that minor corrective or warranty work – or work which is minor, trivial, but ambiguous in nature, like adding an omitted part of the work – is an unreliable tactic to extend the 90 days to file a lien.

A lienor who has blown the 90 days might search the contract scope, specifications, or change orders for work which is, as shown by the contract documents, to be part of the contract, and seemingly substantive and nontrivial, to complete.  The possible tactic here is to find an omitted, substantive performance – perhaps an ambiguity or an omission – that better fits the real two prong test of “completion” and “nontriviality”.  Another alternative: a change order to add work to the existing contract on terms so favorable the GC and/or owner can’t refuse.  These approaches are untested.  We recommend:

A good lawyer can usually get a lien filed on the last day, but problems like traffic jams, computer crashes and missing information may thwart even heroic efforts.  As with turning on homework, why wait till the last minute?