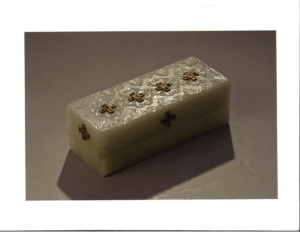 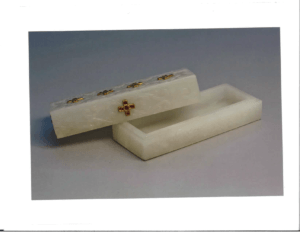 Chris Hill recently won a jury trial in a commercial litigation case for a local antiques dealer.  HRKM filed suit on behalf of a family-owned Winter Park company, seeking to collect more than $1 million from purchasers located in Chicago.  The Chicago buyers had purchased hundreds of Asian antiques, but had failed to pay for many of them and refused to return other items that were part of a cancelled sale.

HRKM filed an action for breach of contract seeking payment of the amounts owed.  A claim for civil theft was added after the purchasers actually sold one of the items to be returned at an international art auction house.  Civil theft is a cause of action in Florida under Sec. 772.11(1) that allows a plaintiff to recover treble damages in the event the defendant commits an act amounting to a theft under Florida’s criminal statutes.   The claim also allows for the prevailing party to recover its attorneys’ fees.

The purchasers also counterclaimed, asserting actions for fraud, negligent misrepresentation, breach of warranty and violation of the Florida Deceptive and Unfair Trade Practices Act per Sec. 502.201 Fla. Stat. et seq. (“FDUPTA”).  The purchasers claimed that seven of the items they purchased were not authentic and were actually 20th century reproductions.

FDUTPA provides in Sec. 501.204 that “Unfair methods of competition, unconscionable acts or practices, and unfair or deceptive acts or practices in the conduct of any trade or commerce are hereby declared unlawful.”  This Act covers a broad range of unfair practices, from deceptive advertising, to usury, to unlicensed contracting.  FDUTPA was designed as a consumer protection law.  But in 2001, the Legislature amended the statute to allow businesses to sue for unfair trade practices, opening up a new weapon in commercial disputes.  Like civil theft, FDUTPA can be a powerful tool because it awards attorneys’ fees to the successful party.  However, it also carries serious risk, because a successful defendant can recover attorneys’ fees from the plaintiff.

The case was tried to a jury over 4 days.  Each side presented expert testimony on the validity, provenance and authenticity of the challenged antiques.  After retiring for approximately 15 minutes, the jury returned with three questions: 1) could they award HRKM’s client more than it requested?; 2) could they award HRKM’s client interest in addition to damages?; and, 3) if so, did they need to compute the interest?  Shortly after those questions were answered by the Court, the jury returned a verdict in favor of HRKM’s client on all claims.  In fact, the jury did award more on the primary claims than HRKM’s client had requested, found that the purchaser had committed a civil theft and found no liability on any of the counterclaims asserted by the purchasers.

The Court has also awarded attorneys’ fees in favor of HRKM’s client under the civil theft claim, the FDUTPA claim and several proposals for settlement.  The claim is now on appeal and the purchaser has posted an appellate bond in the amount of $1.9 million.